New rules requiring all people arriving in the UK to self-isolate for 14 days have come into effect. 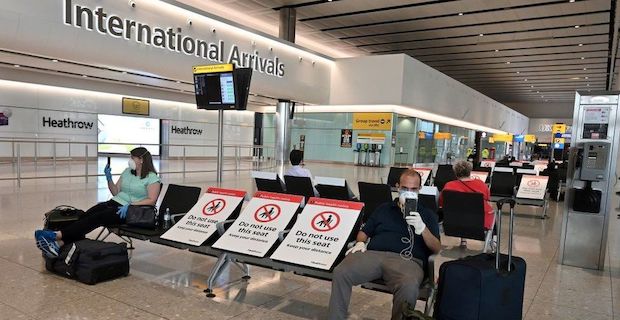 Those arriving by plane, ferry or train - including UK nationals - must give an address where they will self-isolate. Rule breakers will be fined. Home Secretary Priti Patel has said the laws were designed "to prevent a second wave" of coronavirus. But the boss of Ryanair has said the rules are a "political stunt" and are not a quarantine. Michael O'Leary told the BBC: "You could be in Sainsbury's, you could be on the beach, you could be on the golf course in the unlikely event the Home Office calls you - all they will have is a mobile number."

He claimed even the Home Office acknowledged the rules were unenforceable.  Some industries have warned they will be severely impacted by the rules, and Mr O'Leary warned of devastation. Despite criticism from businesses, Ms Patel has said the measures are "proportionate" and being implemented "at the right time".

What are the new rules?

Almost all travellers have to fill in a "public health passenger locator" form on arrival. Failure to do so could lead to a penalty of £100, or travellers may be refused entry.  If they are unable to provide an address, the government will arrange accommodation at the traveller's expense. It says there will also be checks to see whether the rules are being followed.

Anyone arriving from the Republic of Ireland, the Channel Islands or the Isle of Man does not have to complete a form or enter quarantine. There are also exemptions for workers in some industries such as road haulage and medical professionals who are providing essential care.

Keywords:
RyanairQuarantine
Your comment has been forwarded to the administrator for approval.×
Warning! Will constitute a criminal offense, illegal, threatening, offensive, insulting and swearing, derogatory, defamatory, vulgar, pornographic, indecent, personality rights, damaging or similar nature in the nature of all kinds of financial content, legal, criminal and administrative responsibility for the content of the sender member / members are belong.
Related News