Recent European economic data show that the negative interest rate policy has had a positive impact by decreasing the value of the euro and enhancing bank credits, 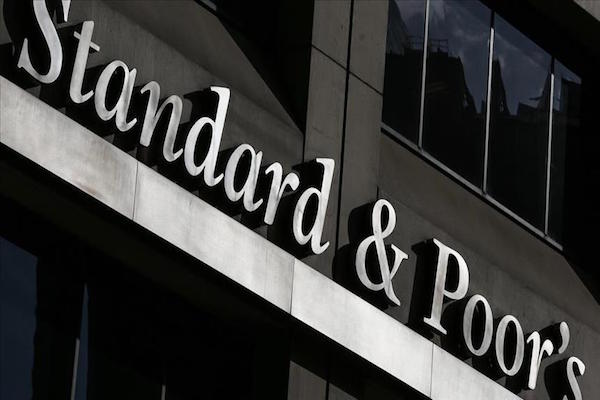 ANKARA (AVRUPA TIMES)-Recent European economic data show that the negative interest rate policy has had a positive impact by decreasing the value of the euro and enhancing bank credits, according to a new Standard and Poor's report.

"Data in Europe is showing enough signs to suggest that negative interest rates are having the desired stimulative effect on economic activity," through the euro's falling value and expanding banking credits, according to the S&P report.

The rating agency called negative interest rates the latest "unconventional" item in the toolbox of central banks and other policy-makers globally to tackle the economic issues.

S&P stressed the importance of duration for implementing such an atypical policy in light of the health of the financial system.

"A policy of negative interest rates that remains in place too long could damage bank profitability, weakening one of the key credit transmission mechanisms that could help boost financial activity," warned S&P.

The credit agency also argued that "political (in)stability" is playing an important role in the preference of monetary policies over fiscal policies.

"This is occurring even though fiscal policy may be a more effective tool and doesn’t carry with it the unintended consequence of incentivizing asset managers, insurance companies, pension funds and other market participants to increase their investment risk profiles," claimed the report.

S&P remarked that the fallout of the Brexit in the pound’s depreciation and expansionary monetary actions by the Bank of England might be an obstacle in the European Central Bank's (ECB) path.

"While the ECB’s goal in its negative interest rate policy is focused primarily on the dollar, having another currency slide relative to the dollar may complicate the ECB’s goals," said S&P.

The IMF announced the growth forecast for the eurozone was 1.6 percent for this year and it lowered the 2017 growth projection to 1.4 percent from 1.6 percent due to the post-Brexit vote's "potential impact of increased uncertainty on consumer and business confidence."