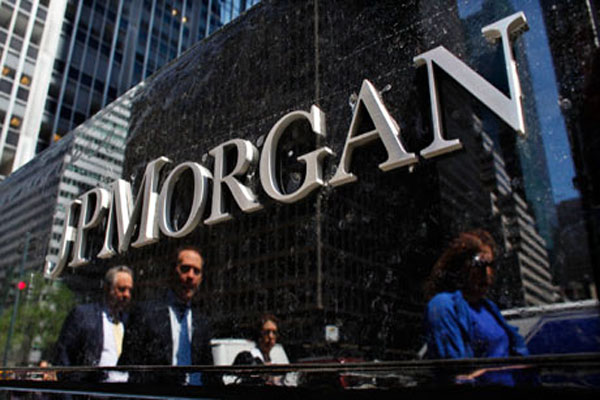 JPMorgan Chase & Co has reached a tentative $13 billion deal with the U.S. Justice Department and other government agencies to settle investigations into bad mortgage loans the bank sold to investors before the financial crisis, a source familiar with the talks said on Saturday. The tentative deal, the largest ever between the U.S. government and a single company, does not release the bank from criminal liability for some of the mortgages it packaged into bonds and sold to investors. That had been a major sticking point in the discussions, but the government refused to budge on that issue and JPMorgan felt it had no choice but to give in, according to a second source. Until recently, the most that JPMorgan was willing to pay was closer to $11 billion. The ongoing criminal investigation underscores how even if this settlement takes some heat off JPMorgan Chief Executive Jamie Dimon, he still has myriad regulatory issues to deal with. The biggest U.S. bank sidestepped the worst of the financial crisis but now faces more than a dozen probes globally into everything from alleged bribery in China to a possible role in manipulating benchmark interest rates known as Libor.

While JPMorgan investors have publicly supported Dimon, privately many have expressed frustration at his run-ins with regulators. A Senate subcommittee report in March detailed how Dimon demanded that subordinates withhold data from one of the bank's regulators, the Office of the Comptroller of the Currency. Earlier this month, the bank said that Dimon was no longer chairman of JPMorgan's main U.S. retail banking subsidiary, which press reports said happened at the request of the OCC.

JPMorgan's board of directors has pressured Dimon to improve his relationship with government regulators and enforcement officials.

The preliminary $13 billion settlement was reached after he spoke by phone on Friday night with U.S. Attorney General Eric Holder to finalize the broad outlines of the deal, the first source said. Dimon went to Washington to meet with Holder on Sept. 25, and discussed an $11 billion deal at that point.

"They are trying to do whatever they can to get this behind them," said Walter Todd, chief investment officer at Greenwood Capital Associates, which owns JPMorgan shares.

At issue in the settlement is whether the bank sold mortgages that it knew were riskier than they appeared. Investors, including government-owned mortgage agencies Fannie Mae and Freddie Mac, said that the bank told them loans were better than they actually were, or that the bank was negligent in accepting information from borrowers about their income and other matters at face value instead of verifying it.

Some 80 percent of the securities in the $13 billion settlement relate to investment bank Bear Stearns and mortgage lender Washington Mutual, which the government encouraged JPMorgan to buy after they essentially failed during the crisis.