IOD's Director of the Year Award 2013 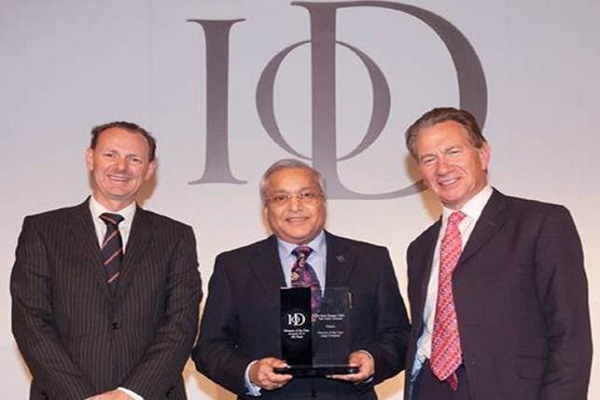 Dr. Rami Ranger MBE, FRSA, Managing Director of Sun Mark Ltd, has won the prestigious Institute of Directors (IOD) “Director of the Year 2013 - Large Company” for the UK at a glittering awards ceremony at The Grange Hotel, St. Paul’s, London on 11th October 2013. This follows his recent success when he was named as the IOD Director of the Year for a Large Company for London and South East region earlier this year. The Directors from N. Ireland, Scotland, Wales and England were competing for this top award.

Rami Ranger was judged to be the best of all the regional winners with the judges highlighting that the combination of his high ethical standards, consideration for the welfare of the company’s staff and focus on customer satisfaction was an outstanding combination which set him apart from the rest. The achievement was made even more impressive given that the competition was amongst the best in Britain.

After receiving the award, Rami thanked the judges, his wife Renu and staff. He also paid tribute to the British sense of tolerance and fair play where an ordinary immigrant like him could realise his ambitions and become an asset for his family and adopted country and also achieve such high accolades. He further said that it is a great honour for anyone to be nominated by such a prestigious panel of judges when the criteria for this award is very high. He was humbled to win the award in competition with his fellow Directors some of whom manage businesses with revenues of over £2 billion.

The dinner was attended by over 350 fellow Directors and Captains of industry. The award was presented by. Rt. Hon. Michael Portillo, former Defence Secretary in the Conservative Government, who also delivered a witty and inspiring speech.

It is worth noting that Rami’s company, Sun Mark Ltd, has also won the most coveted British Business Award from Her Majesty the Queen, The Queens Award for Enterprise in International Trade, for an unprecedented 5 consecutive years and in the process has made British business history. No other British company has received this accolade.

Sun Mark Ltd has connected Britain through trade to 110 counties and exports Fast Moving Consumer Goods (FMCG) products with staggering results and sustains thousands of British jobs with its export activities. The company’s sales and profits continue to grow despite the global downturn. The company has been added to the Sunday Time’s Profit Track – 100 for the past three years running as being amongst the top 100 most profitable companies in Britain. The company is also featured in Sunday Time’s Top Track 250.