How the government plans to get the UK back to work

The government will release a series of papers next week outlining its approach on how to safely and gradually restart the economy. 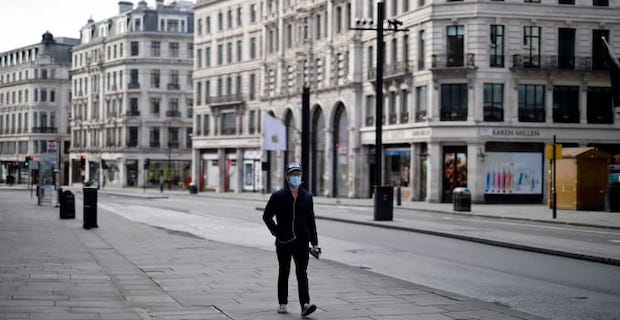 It invited submissions by Thursday from businesses, trade bodies, unions and other workers representatives on how best to slowly restart the UK economy. It's thought the proposals will not be split bluntly by sector but by working environment. But there is no confirmed date yet for when such a restart will occur.  Unions, large firms and business groups have been consulted on seven areas:

The position papers are expected to comprise a set of broad guidelines based on these discussions, which will not be too prescriptive as to be inflexible, and given it would be impossible to examine individual premises, it's thought companies will be allowed to self-certify they are in compliance with the guidelines.

The government wants to involve unions and the Health and Safety executive to endorse the plans and to both get buy-in from workers, and provide a channel for any worker concerns at the new arrangements.

The principles may not necessarily insist that workers strictly observe a two-metre social distancing rule.  In situations where workers may be required to be closer than two metres, the guidelines may insist on mitigating measures such as wearing protective masks or clothing, or where possible work back-to-back, rather than face-to-face.

Union sources say these are very early principles and would not, on their own, create a satisfactory basis for a return to work. They have said much more detailed technical work will be required.

There are some sectors which the government has acknowledged will be unable to function at any significant level for many weeks and possibly months to come, in particular hospitality and leisure.

Simon Emeny, the boss of Fullers, which operates 400 pubs and restaurants, has told the BBC that reopening under social distancing rules would be worse than staying closed.

"Think of the practical problems of going to the loo, being served at the bar, a plate of food at your table. Also few people would want to come," he said.

"It would mean our revenue would be down by as much as 80%, but our costs would go up, so it's actually more catastrophic to open under socially distant guidelines than it is being closed down."

That means there will be some very serious questions for the Treasury, on how long it is willing or able to continue to pay millions of furloughed workers wages, under a job retention scheme that some estimate is currently costing up to a billion pounds a day.

There is also the question of how much demand there will be for the products and services the reopened businesses will produce and provide. Car factories and showrooms may reopen - but how many people are in the mood for a big ticket purchase like that right now.

Industry bodies accept that returning to work will be a difficult and delicate exercise - both operationally for business and emotionally for many workers.

Union leaders have told the BBC there are isolated incidents in which some of their members who have already returned to work have been subjected to abuse from people in their own community, fearful workers could be bringing the virus back with them from their places of work.

The government has paid tribute to the public for largely adhering to a simple and often repeated message: "stay at home, protect the NHS, save lives". It has very effectively drummed in a mindset of risk aversion.

That messaging may prove hard to "refine", as the government has put it.

Closing the gates and furloughing millions of workers was a huge, but widely considered necessary government intervention into the private sector.

Opening the gates again may prove to be one of the most complex challenges this virus has thrown at us yet.

Keywords:
UK GovernmentEconomyCoronavirus Lockdown MeasuresCompaniesCoronavirus Pandemic
Your comment has been forwarded to the administrator for approval.×
Warning! Will constitute a criminal offense, illegal, threatening, offensive, insulting and swearing, derogatory, defamatory, vulgar, pornographic, indecent, personality rights, damaging or similar nature in the nature of all kinds of financial content, legal, criminal and administrative responsibility for the content of the sender member / members are belong.
Related News