Government borrowing fell in April compared with the same month last year, as parts of the economy reopened after lockdown measures eased. 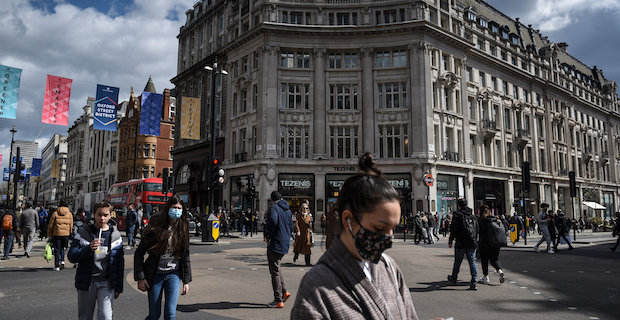 Borrowing - the difference between spending and tax income - was £31.7bn, official figures show, which was £15.6bn lower than April last year. However, the figure was the second highest for April since records began. Borrowing has been hitting record levels with billions being spent on measures such as furlough payments.

The Office for National Statistics (ONS) now estimates that the government borrowed a total of £300.3bn in the financial year to March. While that was down slightly from its previous estimate of £303.1bn, it remains the highest level since the end of World War Two. 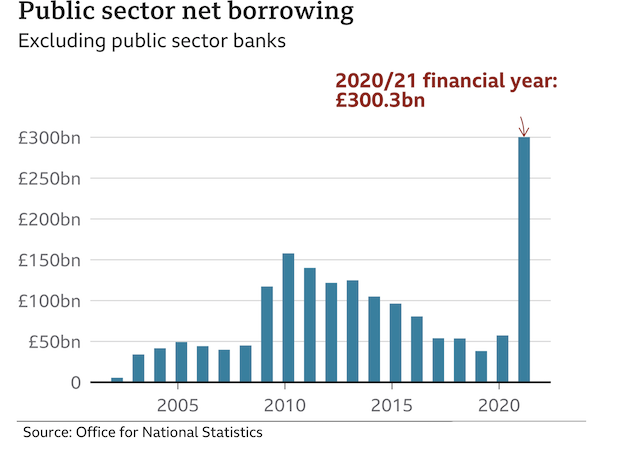 The ONS said the cost of measures to support individuals and businesses during the pandemic meant that day-to-day spending by the government rose by £204.1bn to £942.7bn last year.

The huge amount of borrowing over the past year has now pushed government debt up to £2.17 trillion, which is 98.5% of GDP - a rate not seen since the early 1960s. 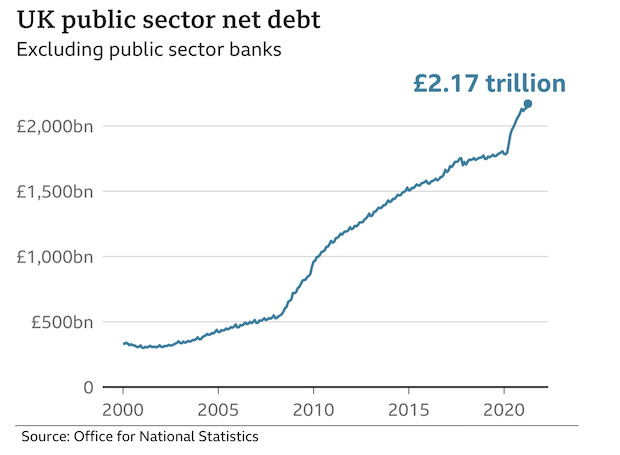 April's borrowing figure was lower than official forecasts. The Office for Budget Responsibility, the fiscal watchdog, had predicted borrowing would reach £39bn last month. Parts of the economy began to reopen in April, including pubs and restaurants as well as hairdressers and gyms. Tax receipts in April were £58bn, which was up slightly from the same month last year when receipts were £54.2bn. The government's borrowing figures were also boosted by smaller than expected interest payments on debt.

"April's public finances figures showed that the government's financial position isn't as bad as the Office for Budget Responsibility (OBR) predicted only two months ago, reinforcing our view that the tax hikes and spending cuts that most fear may be avoided," said Ruth Gregory, senior UK economist at Capital Economics.

Keywords:
LockdownONSGovernment Borrowing
Your comment has been forwarded to the administrator for approval.×
Warning! Will constitute a criminal offense, illegal, threatening, offensive, insulting and swearing, derogatory, defamatory, vulgar, pornographic, indecent, personality rights, damaging or similar nature in the nature of all kinds of financial content, legal, criminal and administrative responsibility for the content of the sender member / members are belong.
Related News 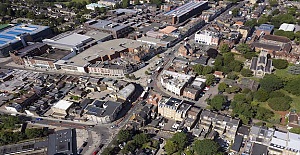