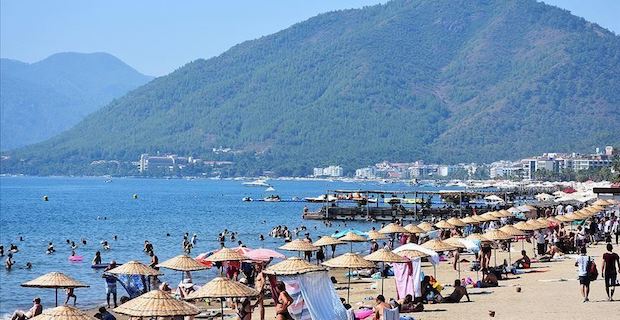 The northwestern province of Edirne, which borders both Bulgaria and Greece, followed them with 3.4 million foreigners.

Ministry data showed that the country welcomed 41.6 million visitors, including Turkish citizens living abroad, up 12.2% during the same period.

Russia topped the list of visitors by country, with 5.9 million, followed by Germany with 4.1 million, and Britain with 2.2 million.

Separately, the Turkish Statistical Institute (TurkStat) announced Thursday that Turkey’s tourism income in the first nine months of this year totaled over $26.6 billion, up 16.15% from the same period last year.

In September, the number of foreign visitors surged 13.2% year-on-year to 5.4 million.

Keywords:
TurkeyForeign Visits
Your comment has been forwarded to the administrator for approval.×
Warning! Will constitute a criminal offense, illegal, threatening, offensive, insulting and swearing, derogatory, defamatory, vulgar, pornographic, indecent, personality rights, damaging or similar nature in the nature of all kinds of financial content, legal, criminal and administrative responsibility for the content of the sender member / members are belong.
Related News