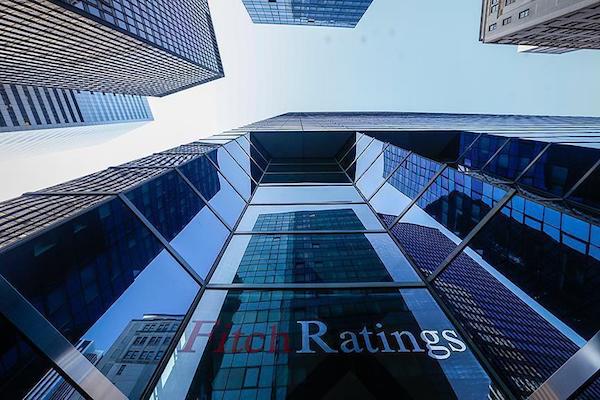 Avrupa/London - Rapid loan growth at Turkish banks in the first half of this year highlights the significant impact of a government initiative to stimulate lending, an international credit rating agency said on Thursday.London-based Fitch Ratings said the Turkish bank sector loan book grew 10.5 percent in the first half of 2017, driven by the introduction of the government's credit guarantee fund (CGF), which aims to help SMEs obtain credit."Loans covered by the CGF are guaranteed up to a seven percent non-performance level -- portfolio basis," Fitch said in a statement, adding:"But the guarantee would fall away if that level were exceeded, which should deter banks from significantly loosening their underwriting standards."In March, the new CGF came into force to boost the overall balance of loans for industry and businesses to 250 billion Turkish liras (around $70 billion) by providing the Treasury guarantees for losses from possible non-performing loans."We expect [loan] growth could reach 20 percent for 2017, giving banks a profit boost even though funding costs have risen due to tighter Turkish lira liquidity and higher costs for central bank funding and foreign-currency swaps," Fitch said.As of June, loans provided by the banking sector rose 22.3 percent on a yearly basis to reach 1.92 trillion Turkish liras (around $548 billion), according to Turkey's Banking Regulation and Supervision Agency.Fitch noted that non-performing loan ratios are "still low", standing at 3.09 percent in the first six months of this year."However, high levels of watch-list and restructured loans and single-name concentrations make banks vulnerable to asset-quality deterioration -- a particular risk given the recent loan growth and lira depreciation in recent years," it added.

According to Turkish Central Bank data, the U.S. dollar/Turkish lira exchange rate was 3.02 on average last year; one dollar traded for 2.71 liras on average in 2015.The lira witnessed harsh foreign exchange rate fluctuations after last year's defeated coup attempt on July 15. With the dollar/lira rate hovering around 3.48 on Thursday, it saw a historic hike -- around 3.94 liras -- in mid-January.Turkey’s non-performing loans ratio was 3.17 percent in 2016 according to data from the World Bank -- significantly lower than the world median of 3.91 percent -- indicating Turkish banks are the ones least likely to face losses due to non-performing loans."Banks are mostly reasonably well capitalized, helped by recent profit growth, Tier 2 capital issuance, lower capital requirements for lending covered by the CGF and regulatory forbearance on risk-weightings for foreign-currency reserves," Fitch wrote.Turkey’s banking sector made 25.35 billion Turkish liras (nearly $7.25 billion) net profit between January and June this year, an increase of 33.2 percent year-on-year, according to the Turkish banking watchdog.In Turkey, over 50 state/private/foreign lenders, including deposit banks, participation banks, development and investment banks had nearly 12,000 domestic and overseas branches with more than 210,000 employees as of June, 2017Turkish banks posted 37.5 billion Turkish liras (around $10.7 billion) net profit last year while total assets of the sector stood at 2.73 trillion liras (some $778 billion) as of Dec. 30, 2016.