Interest rates slashed to 0.1% from 0.25% amid coronavirus pandemic 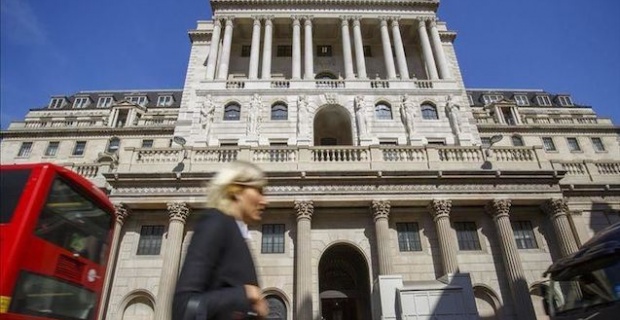 The Bank of England (BoE) on Thursday reduced interest rates by 15 basis points to 0.1% from 0.25%, the lowest in its history, in an attempt to support the U.K.’s economy amid the coronavirus pandemic.

"Over recent days, and in common with a number of other advanced economy bond markets, conditions in the UK gilt market have deteriorated as investors have sought shorter-dated instruments that are closer substitutes for highly liquid central bank reserves," the bank said in a statement.

Last week the bank announced measures to support U.K. businesses and households with a 0.5% cut in rates to 0.25%,

But the bank's Monetary Policy Committee determined further measures was warranted to meet its statutory objectives.

It said it would increase its holdings of U.K. government and corporate bonds by £200 billion ($235 billion) to a total of £645 billion ($753 billion), financed by the issuance of central bank reserves.

The virus known as COVID-19 emerged in Wuhan, China last December, and has spread to at least 159 countries and territories. The World Health Organization declared the outbreak a pandemic.

Out of more than 227,000 confirmed cases, the death toll now exceeds 9,300, while 84,500 patients have recovered, according to data compiled by Johns Hopkins University in the U.S.

Despite the rising number of cases, most who become infected suffer only mild symptoms and recover.

Keywords:
England Central Bank
Your comment has been forwarded to the administrator for approval.×
Warning! Will constitute a criminal offense, illegal, threatening, offensive, insulting and swearing, derogatory, defamatory, vulgar, pornographic, indecent, personality rights, damaging or similar nature in the nature of all kinds of financial content, legal, criminal and administrative responsibility for the content of the sender member / members are belong.
Related News