In Ankara, Dutch trade and development minister says Netherlands and Turkey are important trading partners to each other 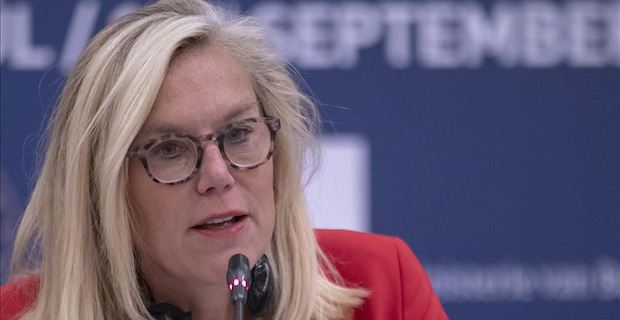 The Netherlands -the largest single investor in Turkey - is looking to marshal its trade ties with Turkey to make them even stronger, according to the country’s top trade official.

“The Netherlands and Turkey are both important trading partners to each other. And we are looking to continue to harness and to strengthen that,” Dutch Foreign Trade and Development Cooperation Minister Sigrid Kaag told Anadolu Agency in an exclusive interview.

After a meeting of the countries’ Joint Economic and Trade Committee (JETCO) in the capital Ankara on Wednesday, she added: "We had an excellent, productive day well attended by the Dutch business side as well as Turkish companies."

Asked about boosting her country’s trade volume with Turkey, Kaag said Dutch officials are looking to expand markets for companies from the viewpoint of sustainability.

"But we do not have a particular price tag [goal] on country A or B," she explained.

"We promote businesses and their job ultimately is to invest and to move forward with our support."

The trade volume between Turkey and the Netherlands last year stood at $8 billion, according to the Turkish Statistical Institute or TurkStat.

On Wednesday during the JETCO meeting, Turkish Trade Minister Ruhsar Pekcan said the country aims to increase its trade volume with the Netherlands to $10 billion in the first stage.

According to Turkey's Industry and Technology Ministry, the Netherlands is the largest investor in Turkey, with foreign direct investment over the 2002-2019 period totaling $24.6 billion.

Keywords:
JETCODutch Foreign Trade And Development Cooperation Minister Sigrid KaagSigrid Kaag
Your comment has been forwarded to the administrator for approval.×
Warning! Will constitute a criminal offense, illegal, threatening, offensive, insulting and swearing, derogatory, defamatory, vulgar, pornographic, indecent, personality rights, damaging or similar nature in the nature of all kinds of financial content, legal, criminal and administrative responsibility for the content of the sender member / members are belong.
Related News