Dollar strength might ease due to US large deficits

'At present we do not expect risk appetite to deteriorate significantly further': expert at Oxford Economics 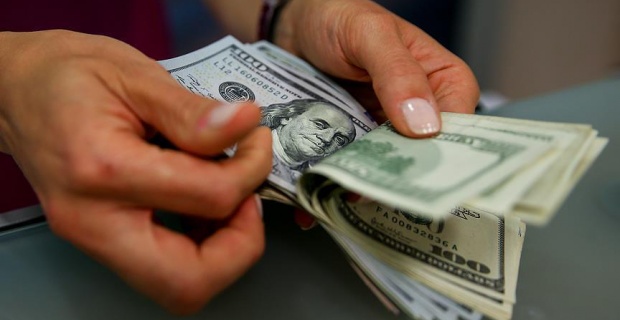 Dollar strength might not extend a lot further given the large U.S. budget and current account deficits, Adam Slater, an economist at Oxford Economics has said.“Risk appetite for emerging markets has certainly declined over recent weeks, the result in our view of a combination of factors, including a stronger dollar and rising U.S. interest rates and reduced confidence about global growth,” Slater told Anadolu Agency on Thursday. Noting that the dollar rally might not last long, “However, at present we do not expect risk appetite to deteriorate significantly further as our overall global economic view remains reasonably positive and we do not think dollar strength will extend a lot further given large U.S. budget and current account deficits,” he added.

Commenting on the recent rate hike decision of the Central Bank of the Republic of Turkey, Cristian Maggio, head of emerging markets strategy at TD Securities, said: “For the time being, we think USD TRY will settle at around 4.40/4.50.”

“Admittedly, the move is aggressive and in line with the stated goal of reducing inflation to single digit, if not down to the 5.0 percent target.”

Maggio said in order for the Turkish lira to enjoy a more sustainable rally, tangible achievements on the consumer price index front and substantial improvements of other macro imbalances such as the wide current account deficit must materialize first.

“The reason why the CBRT acted so late, we think, is to allow Europe trading to close first, so that liquidity would dry out in North America trading hours, as NA is less active trading TRY than Europe,” Maggio added.

"Current elevated levels of inflation and inflation expectations continue to pose risks on the pricing behavior," the bank said in the statement.

"Accordingly, the committee decided to implement a strong monetary tightening to support price stability," it said.

Keywords:
DollarCentral Bank Of The Republic Of Turkey
Your comment has been forwarded to the administrator for approval.×
Warning! Will constitute a criminal offense, illegal, threatening, offensive, insulting and swearing, derogatory, defamatory, vulgar, pornographic, indecent, personality rights, damaging or similar nature in the nature of all kinds of financial content, legal, criminal and administrative responsibility for the content of the sender member / members are belong.
Related News