Debenhams stores are set to close after the failure of last-ditch efforts to rescue the ailing store chain.

Debenhams set to close putting 12,000 jobs at risk. It means all 12,000 employees are likely to lose their jobs when the chain's 124 shops cease trading. 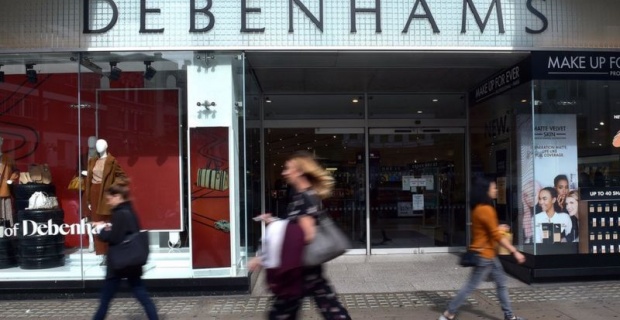 The news comes just hours after Topshop owner Arcadia fell into administration, putting 13,000 jobs at risk.Debenhams itself had been in administration since April. Hopes of a rescue were crushed after the last remaining bidder, JD Sports, withdrew.The 12,000 jobs at the retailer are set to go over the coming months unless the administrators do a deal for all or parts of the business as the process unfolds.Staff were told the news on Tuesday morning.Debenhams outlets will continue to accept the firm's store cards and process returns as normal.

Hilco, the restructuring firm which specialises in winding up retailers, will start going into stores on Wednesday to begin clearing stock.Tough trading during the coronavirus pandemic proved to be the final blow for both Debenhams and Arcadia, which employ more than 25,000 people between them.

Geoff Rowley of FRP Advisory, joint administrator to Debenhams and Partner at FRP, said: "All reasonable steps were taken to complete a transaction that would secure the future of Debenhams.
"However, the economic landscape is extremely challenging and, coupled with the uncertainty facing the UK retail industry, a viable deal could not be reached."

Keywords:
UK EconomyDebenhams StoresDebenhamsStore ChainTopshop Owner Arcadia Goes Into Administration
Your comment has been forwarded to the administrator for approval.×
Warning! Will constitute a criminal offense, illegal, threatening, offensive, insulting and swearing, derogatory, defamatory, vulgar, pornographic, indecent, personality rights, damaging or similar nature in the nature of all kinds of financial content, legal, criminal and administrative responsibility for the content of the sender member / members are belong.
Related News