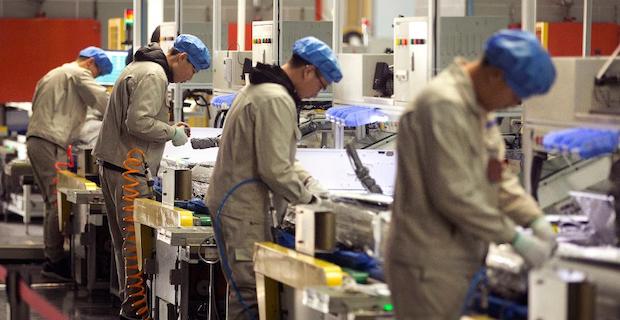 Despite coronavirus pandemic, manufacturing in China is showing an upward trend, according to the statistics for March released on Tuesday. China’s National Bureau of Statistics data suggested that the purchasing managers' index (PMI) for the country’s manufacturing sector was up to 52 in March from 35.7 in February, country’s official news agency Xinhua reported. “A reading above 50 indicates expansion, while a reading below reflects contraction,” said the statistical agency about China’s manufacturing sector. However, the bureau in a separate statement said that profits of the country’s industries have decreased by 38.3% in the first two months of the current year. Its statistician Zhao Qinghe said that “surprising” rebound has come as the country's “arduous efforts in coordinating epidemic control and economic and social development have generally filtered through.”

China's National Health Commission has reported zero domestically transmitted cases of coronavirus which first appeared in the country’s Wuhan city last December. But to suggest that China is back on the track of growth, the PMI must show an upward trend for at least three consecutive months, said the official. The bureau of statistics in its survey said that 96.6% of China's large and medium-sized enterprises have resumed production which is 17.7% up from one month ago. The data also showed there was an increase in demand for new orders also in March than the previous month.

Keywords:
ChinaCOVID-19
Your comment has been forwarded to the administrator for approval.×
Warning! Will constitute a criminal offense, illegal, threatening, offensive, insulting and swearing, derogatory, defamatory, vulgar, pornographic, indecent, personality rights, damaging or similar nature in the nature of all kinds of financial content, legal, criminal and administrative responsibility for the content of the sender member / members are belong.
Related News